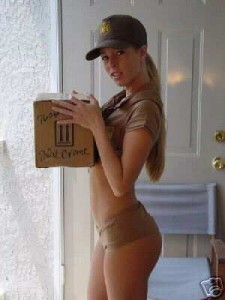 When you have a problem with your car and you go to the garage you usually say something along the line of “I’ve got a strange noise when I do this or that”. The guy (or, in my dreams, the gal) never say “I don’t understand, come back later with a better description of your problem”.

To my fellow developers: this is the same when a user comes to you with a bug. Believe me, there’s no such thing as an under-specified bug.

There’s a rampant habit among developers for being condescendant and asking for precisely specified bug reports. I know it, I do it as well. Developers have a lot of reason to do that, but mostly it’s because we think we are smarter than average (which is true, most of the time) and you don’t deserve our attention if you’re too stupid to understand the way we work. The other thing is that we don’t like bugs, and one way to avoid bugs is to make it difficult to report them.

When a user (or client, which is worse) take the time to come  to you and say there’s a problem with your software, take their word for granted. Even if it’s not a technical bug it can be a documentation or an education bug. Make sure it’s easy and worthwhile for them to report that bug because, before all, it’s in your own interest.

Reporting a bug must be a conversation. I mean, you would go to another garage if the guy was condescendant, disrespectful or was simply oblivious, wouldn’t you?