Last week-end I went to Kuala Lumpur with a friend. We stayed there 2 nights, so not really long enough to form a definitive opinion but here are a few impressions I got.

Contrary to places like Bangkok or Shanghai, the city center is relatively small and there is not a high density of high-rise buildings. Suffice to look at the pictures I took from the observation deck of the Menara Kuala Lumpur (Kuala Lumpur Tower) to notice a lot of low-rise buildings and green spaces.

Then there is a lot of sub-urban area extending far away from the center and this seems to be mostly residential areas with the occasional apartment buildings. Actually, it looks more like the idea I have of what Los Angeles looks like (I have never been there, tho).

There’s not a lot to visit

We have been to the Petronas Twin Towers (come early in the morning, or book them in advance, if you want tickets for the Sky Bridge because there is a limited number of those), the Menara Kuala Lumpur and China Town, where we stumbled upon Sri Mahamariamman, an Indian temple. Other known sights are the National Art Gallery and the Masjid Jamek but there is not enough to keep you busy for a whole week-end.

Someone told me afterwards that KL was mainly a luxury shopping destination for rich Singaporeans and I remember there was a lot of people at the Petronas Towers’ luxury shopping mall, the Suria KLCC.

Where is the Malaysian food?

We stayed in Bukit Bintang which is allegedly KL’s entertainment district. So you would expect finding Malaysian food. But all we could find are Indian, Chinese and Thai restaurants.

Again, Bukit Bintang is the entertainment district but most of the bars and clubs are all in a portion of a single street that spans no more than 200m. Funny thing is that all of them are at the same time a restaurant, a bar and a night-club. Which makes me think that the competition must be fierce if they all need to diversify like that.

I also noted that the crowd was mostly composed of Westerners, Chinese, Thai and Indian people, there was not a lot of Malaysians.

According to the Internets there are some other places you can find in the area but not a lot and they look more like hookers joints than real clubs or bars.

I guess I won’t return to KL, it’s an expensive place and not interesting enough to be worth it. Unless, of course, someone in the comments can convince me I should return :)

1 thought on “Impressions of Kuala Lumpur” 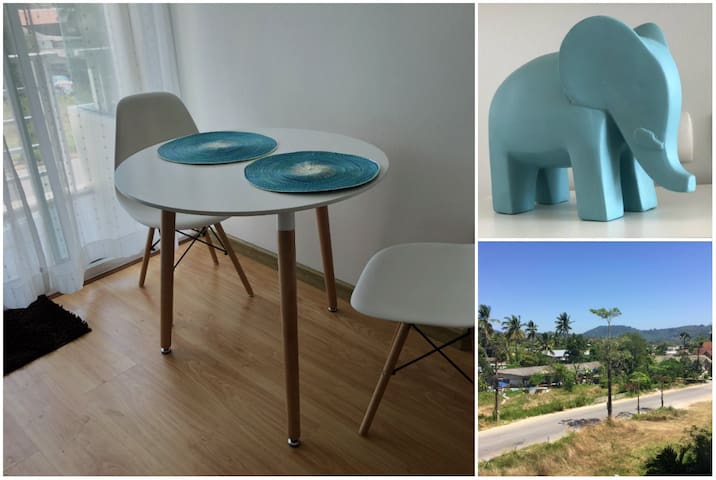 Central, 15-20mn ride from Patong Beach and Phuket Town, ideal for people who want to explore the island. Comfortable condo in a modern building, on the 4th floor with a mountain view. Access to a nice gym. The apartment has a 200 Mbps fibre connection, ideal for working holidays