I though I would give you a heads up on my next adventures. So here it is: In June I will leave Thailand for two months. Destinations: Cambodia, Laos, Vietnam then Japan. 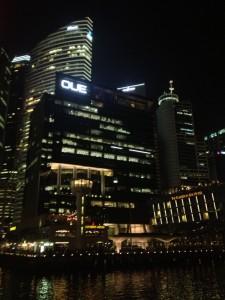 I came back to Thailand last January, 4 months ago. I stayed in Bangkok and Chiang Mai for a few weeks then I came back to Phuket where I stayed for the last 3 months except for a week-end in Kuala Lumpur and another week-end (over Songkran) in Singapore. I have been playing with the idea of going to Japan for a while already and in March I decided I should stop thinking about it and just buy the damn ticket. So now I have a one way ticket for Tokyo on the 21st of June.

Before that, starting on the 6th of June, until the 16th, I will travel with my friend Carole to Cambodia, Vietnam and Laos. With a few days stop in Bangkok so I can show her around.

We will do a quick 10 days tour: Siem Reap (to visit Angkor Wat), Ho Chi Minh City, Hanoi, Halong Bay, Luang Prabang and back to Bangkok.

In Japan my plans are not so clear, I will arrive in Tokyo, stay in the area for may be one week and then see from there. In the list of possibles are Kobe, Kyoto, Osaka, Hiroshima and Okinawa, but I will mostly improvise.

I am due to renew my student visa in August, so I must be back in Phuket at that time. Which is unfortunate as I wish I could have stayed longer in Japan and come back via Korea, Taiwan and Hong Kong. I guess that will make for another trip.

I will try to post frequently while on the trip so I can share what I see with you and my reflexions on the places I visit. Like I did in 2006 when I spent 3 months in China.

If you are a client, don’t worry, operations will continue as usual, except may be that I won’t answer emails as quickly as usual.

2 thoughts on “On the road again”